Trace Creek was selected to provide demolition, renovation and new construction services for the Paris-Bourbon County library. The finished facility expanded the original library from 11,000 square feet to 18,000 square feet, and includes a larger area to house books, magazines and videos, as well as a separate children’s area and a dedicated room for teens. The community room was revamped and expanded, and a community meeting room was incorporated into the design.

During the project, two buildings were demolished: an adjacent residential building and an attached addition to the library. To fully preserve the historic 1904 Carnegie building, Trace Creek ensured that the character of the original building remained intact and was enhanced by the new addition without being overpowered by it.

Not everything in construction is predictable. During the reconstruction efforts, lightning struck and caused significant damage to the attic and roof. Fortunately, no one was hurt and the blaze was extinguished quickly before the building was structurally damaged. Because the library had been temporarily relocated to another building, there was no damage to library materials and the library was able to continue operations as normal. Trace Creek worked closely with the library and architect to ensure that the fire remediation was incorporated into the renovation plans and the project could continue on schedule.

The outside area was enhanced and beautified, including landscaping and parking areas.

Libraries have been centers of learning for millennia, and Trace Creek is honored to be part of Paris-Bourbon County Library’s next chapter. 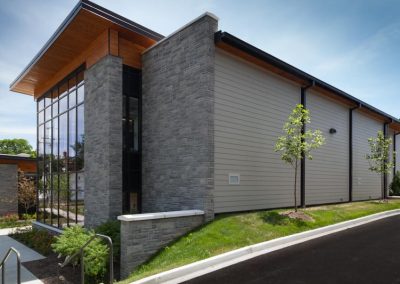 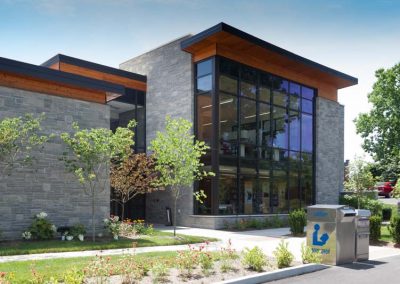 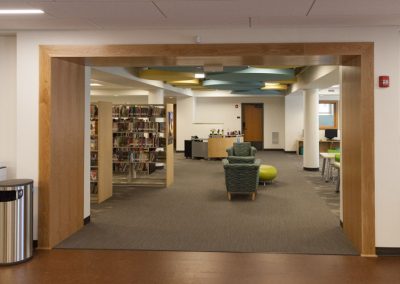 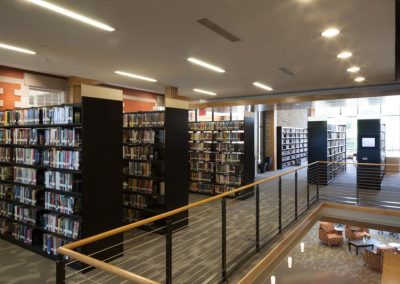 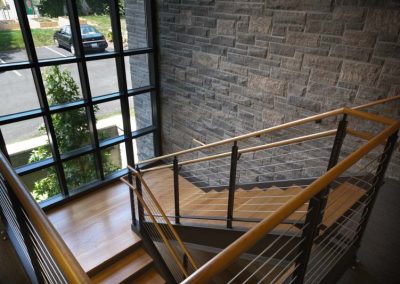 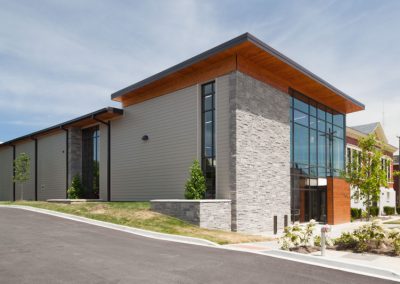 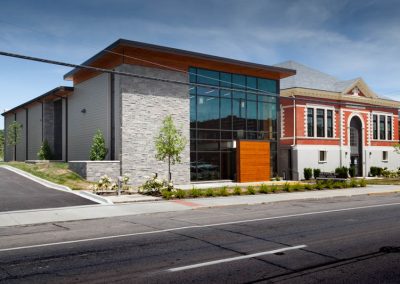 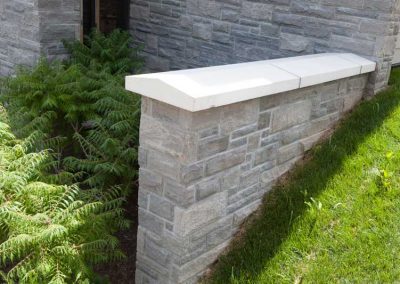